The Centre of New Media and Feminist Public Practices has been a research project which funded by GGEK/ELIDEK, suported by University of Thessaly, Deparment of Architecture which completed its first circle of activities in 2021. The Centre has introduced a unique platform dedicated to theory, paidagogies and art around feminism, technology and expanded aesthetic practices, proposing a bridge between the academy and the field of production. It offered work in the production, postproduction, distribution and support of women's’ practice and development of feminist theory. The Centre has been an innovative initiative which by definition involves application of information and technology, imagination and diverse methods in deriving new and different values and ethos in new media, feminist practice and public space. Ideas and processes will be conveyed to cultural products which will enhance women's’* advancement, productivity and assimilation to the professional field. The center organized an on-going relational archive of relevant practices. Through workshops, seminars, tutorials and lectures, it provided the theoretical and technical expertise for starting projects combined with media, public space, labor and intellectual work in order to produce (symbolic) capital. Diverse and innovative methodologies were introduced in order for the local potential to succeed in the ever changing and increasing competitive global environment. The connection of technology and feminism is crucial at the time of globalized technology, post-digital condition, expanded capitalism, and the crisis of institutions where patriarchal structures and traditional powers are resiling, and they confirm that feminist claims are no more than a finished affair. Our work has found many supporters and now having created a circle of affiliations and creative dialouge we embarg into new adventures. 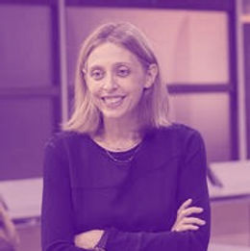 Elpida Karaba - Head of Research
Elpida Karaba is an art theorist and independent curator. Her work and publishing record is focusing on the relationship between ... art and systems of knowledge, archival art and art in the public domain, performative and activist artistic practices. She is teaching at the University of Thessaly. She is head of research at the Centre of New Media and Feminist Public Practices at the Department of Architecture, University of Thessaly. She has been chief consultant and curator for the participation of Athens in the international programme “Free Space (Freiraum), and ‘Actopolis for Goethe Institute. She was educational consultant, committee member and curator of the programme for the promotion of the graduates of the Athens School of Fine Arts, in the series of thematic exhibitions (focusing on key contemporary issues) “Dialogues”. She has collaborated with the Institute of Contemporary Greek Art (ISET) and organized the exhibition series Archive Rights. Among the publications of which she has been the editor and co-editor are, Creativity as Labor Reform, Contemporary Methodological Approaches in Theory, History and Criticism and Institutional Critique. Critical Institutions (Techni + Kritiki, AICA Hellas), Archive Public: Performing Archive in Public Space (Cube Editions), 9 + 1 Unrealized Projects. Curatorial Issues, (Futura Publications) and Exercises of Idiorythmy (Futura Publications). She has participated in the curatorial team of the 4th Athens Biennale, AGORA. In 2014 she has initiated the Temporary Academy of Arts (PAT), a hybrid of artistic, curatorial and educational practice. Part of PAT is SEP (Society of Cultural Workers) dedicated to the study, analysis, promotion and support of working affairs in culture. Her research interests and publications record focus on curating, art theory and criticism, public art, documentary, research, activist and performative art practices, new media art and creative industry. Read more 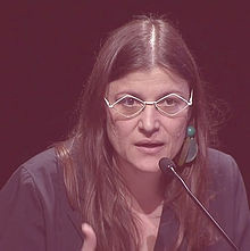 Iris Lykourioti - Consultant Committed / Research Supervisor
Born in Athens in 1970. She graduated from the School of Architecture of the National Technical University of Athens (NTUA) ... in 1996. She completed her Master’s Degree (2001) with distinction (IKY, State Scholarships Foundation) at the Postgraduate Program of NTUA, Architectural Design – Space – Culture. She is a licensed Architect (1997), member of the Technical Chamber of Greece (TEE) and the Greek Architects Association (SADAS-PEA). Since 2011 she is member of AHRA (Architectural Humanities Research Association). She teaches Architectural Design at the Department of Architecture of the University of Thessaly since 2003. She has previously taught as a tutor (1999-2002) at the School of Architecture of NTUA on both undergraduate and postgraduate levels. In 2005 she co-founded A Whale’sarchitects, an office based in Athens and Brussels doing objects, edifices and research on how the former are being produced and used. Space is studied as a field that delivers relationships, as a generator of contingent daily events via the combination of movement, visual perception and plural use. Taking into account the anthropogenic character of the production of edifices and the importance of artisanship as fundamental knowledge in social economy and culture, they support the distribution of free lance labor in the production of design objects. Rather than adjusting readymade industrial items, they design and produce buildings and prototype objects in collaboration, exclusively, with qualified artisans and small or family industries. In 2014 the work of A Whale’s architects has been selected by Blueprint Magazine among the eight most innovative architectural practices in Greece. She has participated in more than 100 architectural/ design projects. Her theoretical, academic and built work has been presented in various exhibitions, workshops, conferences and journals (Greek and international), while she has co-edited two books on the contemporary perception of Le Corbusier’s work in Greece, one book on Materiality as a teaching method in architectural design and cuurently she is co-editing an anthology on feminist theory. She has been a member of the collective of the Greek Architects Association (SADAS-PEA) that curated the Greek participation in the 15th Venice Architecture Biennale (#ThisIsACo-Op, 2016). Ηer current academic interests focus on four main fields: a) on epistemological and cognitive topics related to architectural composition and the material production of architectural forms (with methods of analysis conducted by design), b) on space, historiography and theory related to gender issues, c) on popular culture and, d) on the political dimension that determines the relationship between knowledge (omitted history), architectural design and the organization of space, based on the theoretical framework described as Epistemologies of the South. Read more 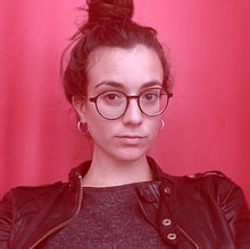 Ioanna Zouli - Researcher / Curator
Ioanna holds a BA degree in Media and Culture from the National and Kapodistrian University of Athens and an MA ... degree in Digital Culture and Technology from the Department of Digital Humanities, King’s College London. Read more 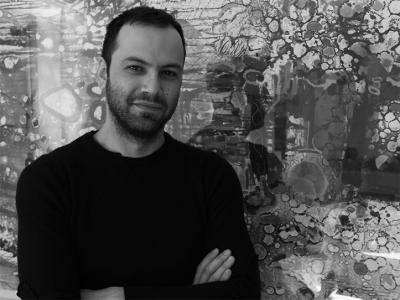 Σίλας Μιχάλακας - Οπτικός Ανθρωπολόγος-Σκηνοθέτης
Ilias Michalakas obtained his MA in Visual Anthropology at the Goldsmiths College, University of London, while he also holds a ... MSc in History and Philosophy of Science and Technology and a BA in Archaeology. He has worked in the Hellenic Ministry of Culture and Sports and as a freelance documentary filmmaker, researcher and producer. Several of his works have been used to support the inscription of intangible cultural heritage elements to the representative list of UNESCO, while others have been exhibited in museums of modern history and fine arts. He is currently the development and educational activities manager in the Athens Ethnographic Film Festival – Ethnofest. Read more 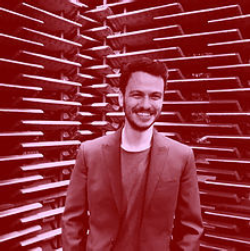 Kostas Stasinopoulos - Art Historian - Curator
Kostas Stasinopoulos is a curator, art historian and Assistant Curator, Live Programmes at Serpentine Galleries, London, working across the institution’s ... interdisciplinary programme and the General Ecology project. Kostas received his PhD in History of Art from University of York (2016) fully funded by the Arts and Humanities Research Council (AHRC), the Onassis Foundation, NEON Foundation and the Department of History of Art at University of York. He obtained his MA degree in History of Art at the Courtauld Institute of Art in 2011, holds an MA in Cultural and Creative Industries from Kings College London, 2008 and graduated with a BSc in Biochemistry with Management from Imperial College London, 2004. He has collaborated with the Whitechapel Gallery, Frieze and White Cube in London and the Athens Biennale in Greece. Previous exhibitions and projects include The Marathon Marathon Project (with Hans Ulrich Obrist and Nadja Argyropoulou, 2010), AWARE: Mona Hatoum, Adela Jušić, Silvia Kolbowski and Paky Vlassopoulou (Syros International Film Festival, 2014), Maria Lassnig: The Future is Invented with Fragments from the Past (with Hans Ulrich Obrist, Peter Pakesch and Denys Zacharopoulos, 2016-17) and The Athens Dialogues (with Hans Ulrich Obrist, Karen Marta and DESTE Foundation, 2017). Read more 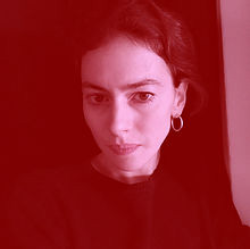 Valia Papastamou - Visual Arist / Architect
Valia Papastamou (b. 1987) has studied Architecture at the Aristotle University of Thessaloniki (M.Arch). She continued her postgraduate studies in ... Cultural Administration (MA in Cultural Administration) at the Department of Communication, Media and Culture of the Panteion University of Social and Political Sciences and in Fine Arts (MFA) at the Athens School of Fine Arts. Her research interests focus on theories of space, on art theory, on the performativity of language and on archival and cartographical practices. Among her academic works are her master in fine arts research thesis «Phonological Minerals», her master in cultural studies research thesis «Archival Praxis in Art: the visibility of the artwork», her architectural research thesis «The Collective Rhythm of the City in the Everyday Life» and her architectural diploma thesis «Cartographies under change» She has had three solo exhibitions, at Snehta Residency «The writing trousers» (2020), at the Contemporary Art Center Ileana Tounta «phonological minerals» (2017) and at Two Elephants Project Space «Come Back to the House where nobody lives» (2016). She has participated in group exhibitions in Greece and abroad. She has been a fellow artist of Stavros Niarchos Foundation, as part of the SNF Artist Fellowship Program of Artworks Organization (2018). Read more 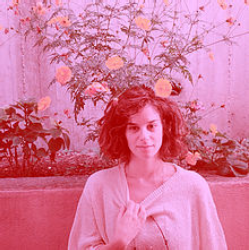 Marianna Stefanitsi - Visual Artist / Researcher
Marianna Stefanitsi has been active in the cultural field as an artist, independent researcher, production coordinator and communication consultant since ... 2018. She holds a BFA & integrated master degree in Painting from Athens School of Fine Arts and an ΜSc degree in Cultural Management from Panteion University. Currently, she is a PhD candidate in Panteion University and her research concerns the identity of cultural, non-profit institutions and their relationship with the contemporary art scene of the city of Athens. Her research interests focus on artistic practices and identities, visual culture, feminist theories, gender studies, cultural studies and creative industries. She is a member of the team of CLOSING SOON (2020), a contemporary art space dedicated to minimum production, and the N.ID research/artistic team (2019).She has participated in group exhibitions, conferences and residencies in Greece and abroad. Read more 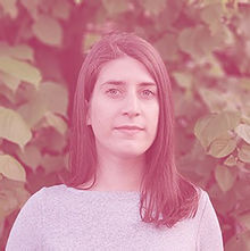 Chara Stergiou - Master Student
Chara Stergiou was born in Greece. She is a multidisciplinary artist and independent researcher. Her practice focuses on the point ... where epistemological research and artistic practice merge. With a strong background in spatial studies, she manages to explore questions of agency and materiality exploring current hard-to-describe aesthetic spatialities both through theory and sonic narratives. In this context, she has developed the methodology of the ‘DJ Lecture’. The latter is a hybrid narrative technique for addressing sociopolitical phenomena related to the sea, whereby stories, geographies and identities compose a sonic, almost radiophonic, event subsequently transmitted. She is a graduate of the Department of Visual Cultures (MA in Contemporary Art Theory) of Goldsmiths, University of London and she also holds a MSc in Post-Industrial Design from the University of Thessaly, Greece, where she also obtained her diploma in Architecture. She is among the artists selected to participate in the Biennial of Young Artists from Europe and the Meditarranean MEDITARRANEA 19 ‘School of Waters’. and a fellow of the 3nd SNF Artist Fellowship Program, ARTWORKS. Read more 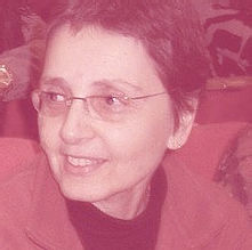 Christina Konstantinidou - Scientific Collaborator
Christina Konstantinidou is Associate Professor in Mass Media Sociology and teaches in the Department of Sociology at the University of ... Crete. She specialises in sociology of mass media, internet studies, social semiotics, qualitative and quantitative discourse analysis methods, visual culture, social construction of reality, ideology, racism and immigration with specific reference to Greece. She also specialises in gender studies and sociology of work. At the present time her main interests lie in the analysis of the relationship between racism, immigration problematisation and media discourse from the perspective of the Foucauldian discourse theory. She is currently working on a book on immigration problematization from the perspective of the Foucauldian theory provisionally titled Problematization of immigration in Greek press. Visual narratives and representations, Athens, Futura. Read more